How would the NBA season have finished?

I recently read Basketball on Paper by Dean Oliver. In this book he, presents a formula for expected winning percentage. Given that we’re in such a weird situation with the current basketball season, I wanted to see what that formula would have to say about how things are shaking out.

Using the formula for expected win percentage, we can examine how we would have expected teams to finish the season. With this, we can look at how it compares to a) teams included in the bubble, b) how teams finish the first round of the bubble season before the playoffs start.

There are more sophisticated ways to predict wins but I was interested to see how this performed, and a basical formula like this is always a good benchmark.

First we’ll download and do some processing of the data1:

The formula for win percentage he presents is this: 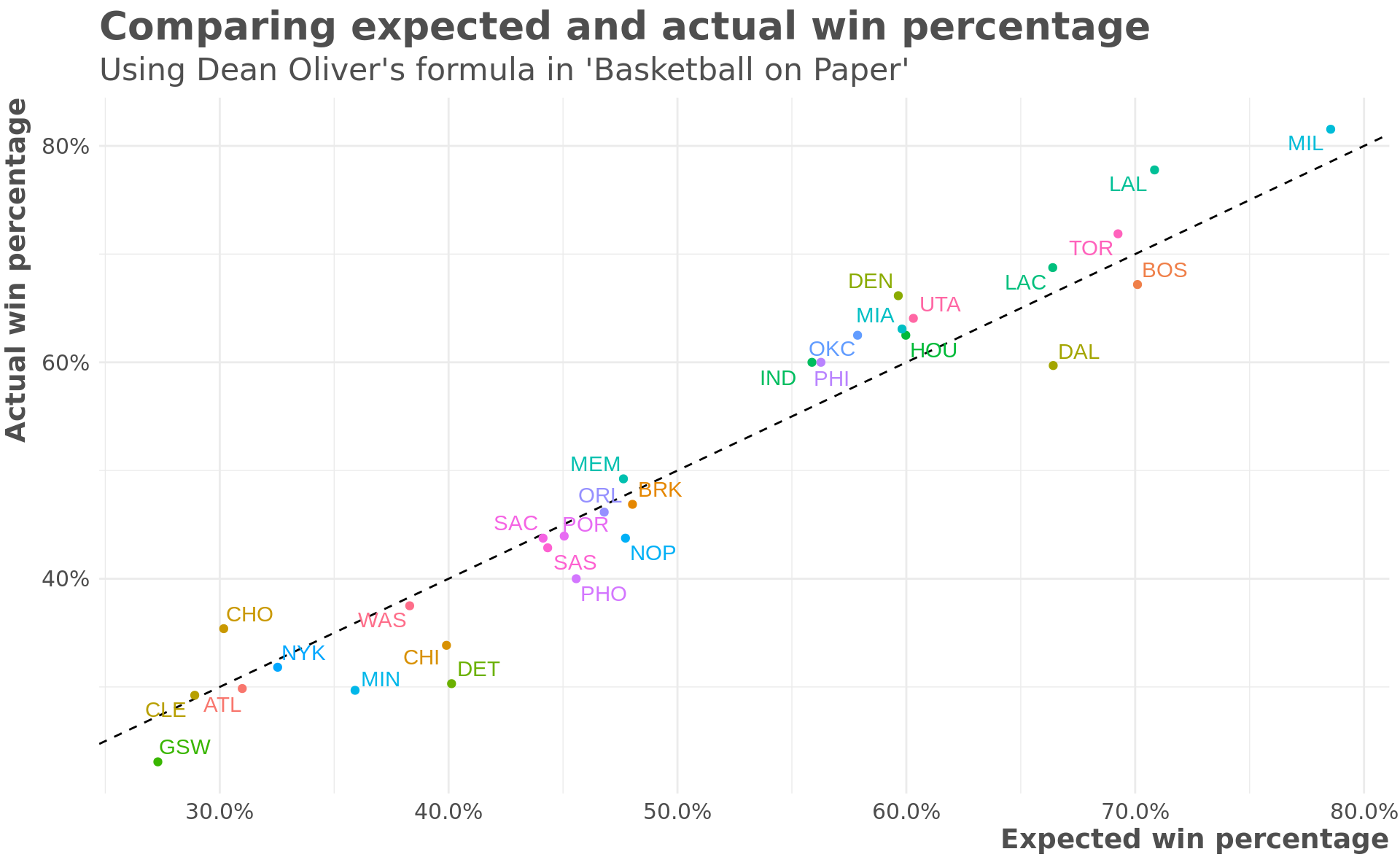 How would we expect teams to finish?

Using this calculation, we can look at how a team’s rank compared to their actual current rankings. This is interesting because current records were used to make decisions about which teams were included in the season restart. 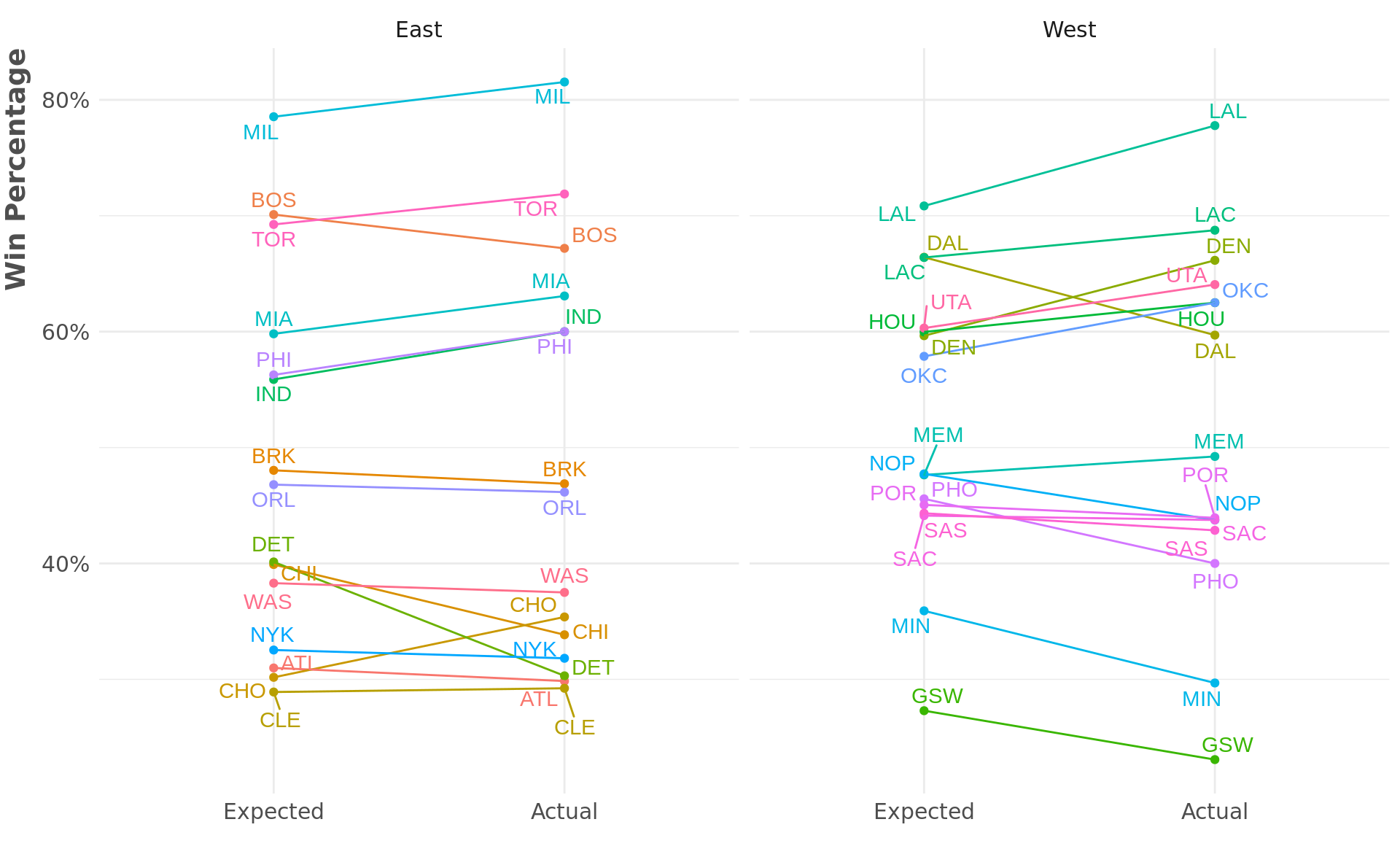 A few things stand out:

Dallas really stands out in the ‘should have won more games’ category. The plot below shows each team’s average offensive and defensive rating. 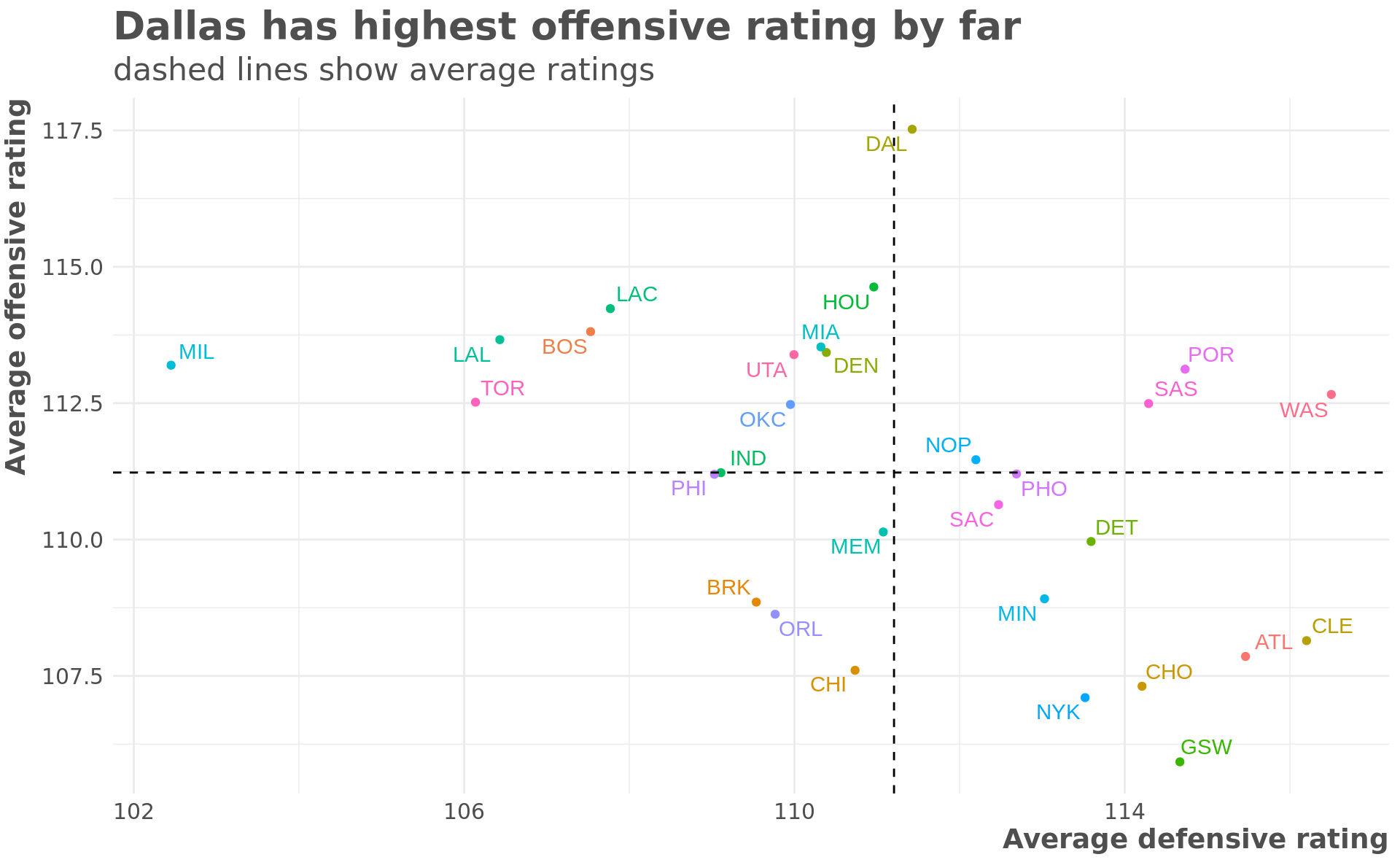 Dallas has by far the best average offensive rating. The rest of the best teams in the league (Lakers, Clippers, Boston, Toronto, and especially Milwaukee) all have very low defensive ratings. The formula appears to value offense over defense, which may be why most of those teams have a lower expected win percentage than actual. This is also why the model thinks Boston is better than Toronto.

There are clear limitations in using a formula like this. It might help describe the historical distrubtion but it’s not terribly predictive. However,I think it is useful to start with a relatively straightforward, easy to interpret model, and see what insights it can reveal before moving to something more complicated.